Last October I was at an event organised in Clifden to commemorate 100 years of Commercial radio. On October the 17th 1907 the worlds first commercial point to point wireless link opened for service between Clifden in Ireland and Glace Bay, Nova Scotia. This link remained in service until the Clifden station was destroyed in 1922
You can read some background on the type of transmitter used at Clifden on
OZ6GH’s pages

I recently came across traffic logs for the first few months of the station’s operation, these show that in the first ten months of operation that 129,614 words were sent and 116,633 words received over the radio link, a total of 246,247 words exchanged, approximately 820 words a day. 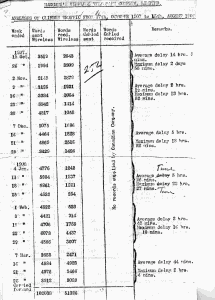 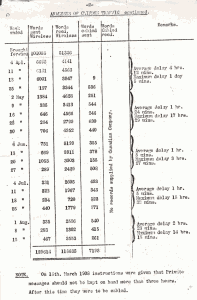 I expect that in the later years of operation that the data rates were much improved but even assuming that 12 words per minute could have been maintained for 18 hours per day, every day, this works out at approximately 331 Megabytes of data transmitted during the entire lifespan of the station

A little over 100 years later my company commissioned a new 155 Mbs wireless point to point link to connect to our Internet transit provider.
331 Megabytes of data can pass over this link in around 17 seconds. This link is just a tiny sliver of today’s telecoms infrastructure. What a long way we have come in the last 100 years.

This entry was posted in Hisory and tagged clifden, datacommunications, history, marconi. Bookmark the permalink.

One Response to Progress